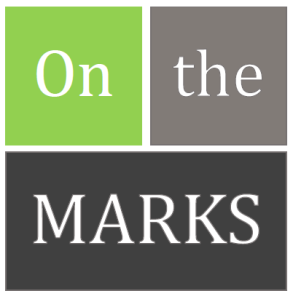 My kids often like to know how they are related to famous people.  Luckily for them, and no thanks to me, there are a lot of kings, queens, Mayflower types, and other interesting folks to make this task possible.  Today, I decided to map out their relationship to our 44th president.

I knew that Barack Obama’s heritage was from the Dunhams and the Fitz Randolphs.  So, I figured there was a pretty good shot that my kids were related to him because they have both Dunhams and Fitz Randolphs in their tree.  This certainly isn’t rocket science, and it took just a few minutes to connect the dots.  Drumroll, please!

My kids are 11th cousins with Barack Obama.  Pretty distant, but still fun. 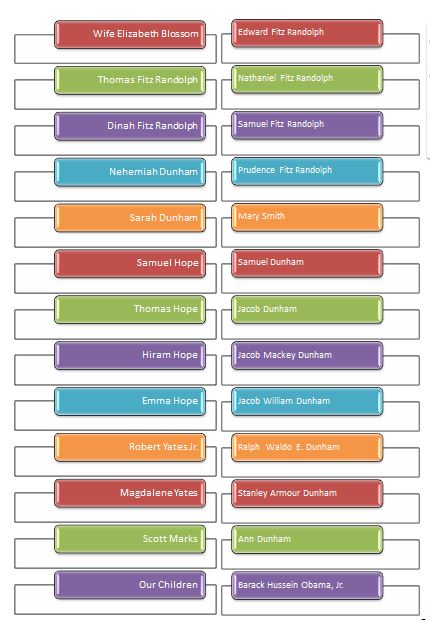 Edward married Elizabeth Blossom in May 1637 at Scituate.  She was born around 1620 in Leiden, Holland and was the daughter of Thomas Blossom and Ann Elsden.   Edward then moved with his family with several others to help found the present-day Piscataway, New Jersey.

Edward and Elizabeth are thought to have had ten children, including the two listed above:  Thomas and Nathaniel Fitz Randolph.  It is with these brothers that the lines to Barack Obama and my kids diverge.  Their common ancestor, Edward Fitz Randolph, died in Piscataway around 1675.  Elizabeth lived much longer and remarried after Edward’s death.  She passed away around 1703.  Edward and Elizabeth are thought to be buried in the Saint James Church Piscataway Burial Ground.